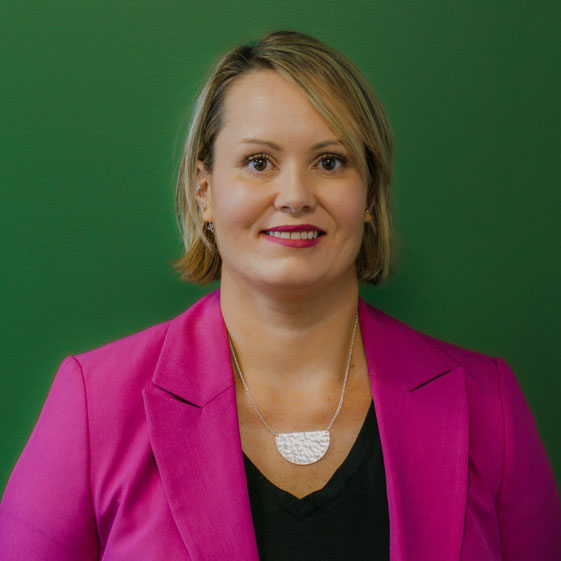 Kim Smith completed her Master’s Degree in Clinical Psychology at the Northeastern University in Boston. Kim began her tertiary education at Industrial and Organizational Psychology at the Nelson Mandela Metropolitan University in Port Elizabeth, South Africa, where she was born and raised. After completing graduate school and post-grad training in South Africa, she moved to London in 2011 to start her career in HR.

By gaining experience in industrial/organizational psychology, she realized her passion: people on a personal level. In her industry, Kim felt that she had to choose between dedicating her life to her career or giving that up to be a family person.

In 2010, Kim lost her mother to cancer. Soon after, she attended therapy for grief counseling and realized its true benefit. In 2013, Kim then had the opportunity to move to the United States after meeting her husband, and viewed this as a turning point to follow her heart of becoming a therapist.

She attended graduate school at Northeastern University, where she eventually became a Licensed Mental Health Counselor (LMHC). Next, she completed her post-master’s clinical work at McLean Hospital’s OCDI. She advanced to working as a behavioral therapist, admissions manager and finally being at the forefront of creating the admissions department. She began working part-time at CBTeam in 2017, full-time in 2018, and soon became a partner in January 2020. Kim wanted to figure out a way to combine business, family, and care. She found that in CBTeam.

Kim is currently doing an intensive two-year program called the Mindfulness Meditation Teacher Certification Program (MMTCP) after finding mindfulness meditation a few years ago to manage her debilitating chronic pain due to slowly progressing muscular dystrophy called FSHD. Mindfulness meditation has changed her life, and her passion is to help others. “I had found teachings and practices that train the heart and mind in unconditional and loving presence.”

Kim was born and raised in South Africa, where she completed her undergrad with a BSc in Industrial-Organizational Psychology. After graduate school, she moved to London. Kim was drawn to London for a few reasons: her dad is British and she was on a journey to discover a part of her heritage that she had not experienced, and she also wanted to see the world.

Her two children are London (2.5-year-old daughter) and Pooh (13-year-old beagle/poodle who is also a therapy dog and loves her work at CBTeam.